Through a combination of datacenter topology innovations and live migration technology, they can move their customer running VMs out of the way of planned hardware and software maintenance events, so they keep the infrastructure protected and reliable — without customers’ VMs, applications or workloads noticing that anything happened.

The high-level steps are illustrated in the following 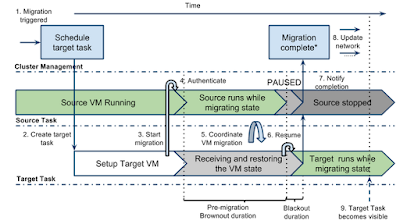